Gerard J. Tellis is professor, Neely Chair of American Enterprise and director of the Center for Global Innovation at the Marshall School of Business, University of South California, USA. He is an expert in innovation, advertising, social media, new product growth and global market entry. Associate editor of the Journal of Marketing Research, Tellis is the author of 6 books and over 100 articles (http://www.gtellis.net) and has won more than 20,000 citations and 20 awards for his publications.

Stav Rosenzweig is assistant professor of marketing and business strategy at the Guilford Glazer Faculty of Business and Management, Ben-Gurion University of the Negev, Israel. An expert in innovation management and knowledge creation, Rosenzweig’s research focuses on the interrelations of innovation, knowledge and public policy in business strategy and consumer behavior. 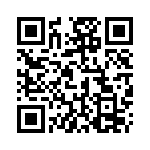