Trang 196
Indeed , Frederick William III did consider Yorck ' s action treasonable and gave
orders that he be relieved of his command . Since however , no formal order was
given , except by publication in a Prussian newspaper , Yorck refused to hand ...
Trang 199
In a letter to his wife , Gerhard Leberecht von Blücher , who had been put in
command of the Prussian forces , gives an idea of the fierceness of the fighting : “
Whatever news you hear , remain calm . Although I have been hit by three bullets
...
Trang 268
The 2nd Army , under the command of Prince Friedrich Karl , consisted of the
Prussian guards , Brandenburgers and Saxons , Hanoverians and Holsteiners .
They were in the centre between Homburg and Neunkirchen . The 3rd Army ,
under ... 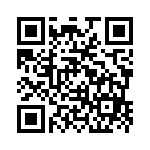