GIOVANNA DELL'ORTO has experienced first-hand the intricacies of intercultural exchanges of meaning by working for the Associated Press in Rome, Italy, and along the U.S./Mexican border in Arizona. Fluent in four languages, she has travelled extensively across western Europe and the Americas. 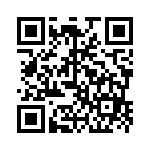