Picked for my reading group and I really didn't think I'd like it. But I did. The writing is very dense and certainly at first I was needing a dictionary at times to look up words. But I was never ... Đọc toŕn bộ bŕi đánh giá

The Star of the Sea coffin ship leaving Ireland with hundreds of famine refugees along with a few passengers in upper class is the main setting for this story. Lord Meredith along with his wife, Laura ... Đọc toŕn bộ bŕi đánh giá

Joseph O'Connor's debut novel "Cowboys & Indians" was short-listed for the Whitbread Prize. His other works include the novels "Desperados", "The Salesman" & "Irishowen", the story collection "True Believers", the stage play "Red Roses & Petrol", & an anthology comic journalism, "The Secret World of the Irish Male". His work has been widely translated & won many prizes, including the Macaulay Fellowship of the Irish Arts Council, the Miramax Ireland Screenwriting Prize, & the Hennessy New Irish Writer of the Year Award. He lives in Ireland. 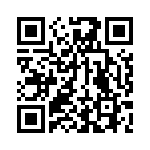