Trang 11
37 and OBITUARY ) , were held on 29 April at Ashfield and Grimsby , both previously safe Labour seats . On current electoral form , the Conservatives had expected to win Grimsby , but not Ashfield , a mining constituency : the reverse ...
Trang 13
12 ) , to the Labour Party . The Tory conference was preceded by a much more significant translation , that of Mr Reginald Prentice , MP , a member of Mr Wilson's and Mr Callaghan's Cabinets until December 1976 ( see AR 1975 , p .
Trang 484
The source of the growth of social wealth and of the well - being of the people , and of each individual , is the labour , free from exploitation , of Soviet people . The state exercises control over the measure of labour and of ... 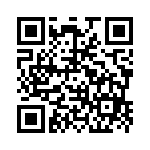