A straight through read/listen because it was just that good. Author explains the development, employment and reflection of himself as a warrior. Then, he reflects upon solutions that could be ... Đọc toŕn bộ bŕi đánh giá

Well written scenes from his Vietnam experience, but his philosophising/moralising about what it all means lack depth and turned me off. The Vietnam war seems somehow marginal now; didnt solve any ... Đọc toŕn bộ bŕi đánh giá

A graduate of Yale University and a Rhodes Scholar at Oxford University, Karl Marlantes served as a Marine in Vietnam, where he was awarded the Navy Cross, the Bronze Star, two Navy Commendation medals for valor, two Purple Hearts, and ten air medals. He is the author of Matterhorn, which won numerous prizes, including the William E. Colby Award given by the Pritzker Military Library, the Center for Fiction's Flaherty-Dunnan First Novel Prize, the 2011 Indies' Choice Award for Adult Debut Book of the Year, and the Marine Corps Heritage Foundation's James Webb Award for Distinguished Fiction. He lives in rural Washington. 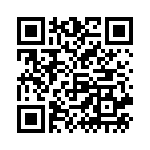