Mary Ellen Snodgrass is an award-winning author of English and Latin textbooks and reference works for 35 years. She taught at Hickory High School and Lenoir Rhyne University in North Carolina for 23 years. Her writing focuses on women’s and world literature and history and general research topics, including epidemics, the history of money, clothing, food, and dance. 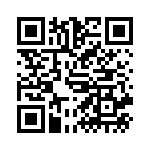