Craig Etcheson is a principal founder of the Documentation Center of Cambodia. He works with governments, international organizations, and NGOs in the search for ways to help heal nations that are recovering from genocide and other extreme violence. He has been a faculty member at the Johns Hopkins University, Yale University, and the University of Southern California. He is the author of several book-length treatises on extreme conflict, including The Rise and Demise of Democratic Kampuchea (1984). 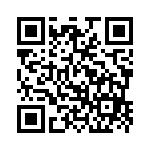