Trang 7
At Ilford the Liberal vote slumped from 8,080 to 2,248 , only just ahead of the National Front . ... At Lambeth the National Front narrowly took third place from the Liberals , but lost its deposit , as also did the Liberals at Lambeth ...
Trang 8
The Young Liberals , meeting in Sheffield in January , called for an end to the pact , their chairman expressing ... However , a special Liberal Assembly , only a week later , carried by over three to one a resolution giving Mr Steel ...
Trang 14
The Government secured a majority of 17 , with Liberal support . The next day they secured a majority of 15 for the second reading of a Bill , part of the incomes policy , imposing dividend control for a further twelve months ( see p . 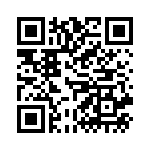