Leila J. Rupp is Professor of Feminist Studies and Associate Dean of the Division of Social Sciences at the University of California, Santa Barbara. She is author of many books, including Sapphistries: A Global History of Love Between Women (NYU Press, 2009) and A Desired Past: A Short History of Same-Sex Sexuality in America (University fo Chicago Press, 2001). 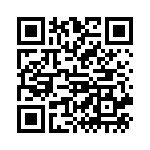