Pavel Baev is a Senior Researcher and Head of Section at the Institute of Europe, Russian Academy of Sciences. He has written this book while on sabbatical leave as a researcher at the International Peace Research Institute, Oslo. He was previously a Senior Researcher at the Scientific-Research Institute of the Soviet Ministry of Defence, 1979 to 1988. His publications include Tactical Nuclear Weapons in Europe: The Problem of Reduction and Elimination. He is co-editor of the quarterly journal Security Dialogue. 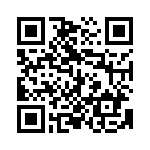