Benjamin A. Elman is Professor of Chinese History and Director of the Center for Chinese Studies at the University of California, Los Angeles; from 1999 to 2001 he will be a Visiting Professor at the School of Historical Studies at the Institute for Advanced Study. He is author of Classicism, Politics, and Kinship: The Ch'ang-chou School of New Text Confucianism in Late Imperial China (California, 1990; Chinese edition, 1998) and coeditor of Education and Society in Late Imperial China, 1600-1900 (California, 1994). 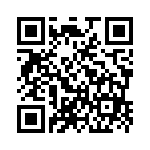