Michael Sabom is a cardiologist in private practice and on staff at Northside and Saint Joseph's Hospitals in Atlanta, GA. His first book, Recollections of Death: A Medical Investigation, is considered to be a landmark in the field of near-death research. He has been featured on ABC's 20-20, NBC's Dateline, CBS's 48 Hours, CNN-TV, and in Focus on the Family's Physician magazine and major newspapers nationwide. 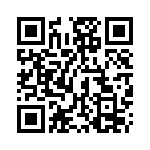