Trang 40
Mr. William Oldys , ( Norroy King at Arms , and well known from the share he had in compiling the Biographia Britannica ) among the collections which he left for a Life of Shakspeare , ob- serves , that " there was a very aged gentleman ...
Trang 132
Jonson , his friend , affirms , that he had small Latin , and less Greek ; who , besides that he had no imaginable temptation to falsehood , wrote at a time when the character and acquisitions of Shakspeare were known to multitudes .
Trang 170
If the original state of all such authors ' writings , even from HOMER downward , could be en- quir'd into and known , they would yield proof in abundance of the justness of what is here asserted : but the author now before us shall ... 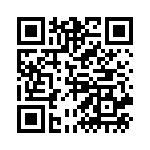