Carol Gluck is the George Sansom Professor of History at Columbia University. She is the author of Japan's Modern Myths: Ideology in the Late Meiji Period and the coeditor of Asia in Western and World History and Showa: The Japan of Hirohito.

Arthur E. Tiedemann is a member of the Society of Senior Scholars at the Heyman Center for the Humanities, Columbia University. He is the author of Modern Japan: A Brief History and Introduction to Japanese Civilization. 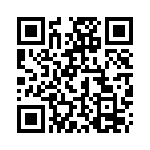