Battle-pieces and aspects of the war

After publishing five novels, some of which flourished and others that floundered, Melville turned his pen to poetry. Melville based his Civil War poems on firsthand experience, and rather than glorify battle, he depicts the horrors and the waste of it. Đọc toŕn bộ bŕi đánh giá

HERMAN MELVILLE was born the second son of a wealthy merchant in New York City on August 1, 1819. Only twelve when his father died bankrupt, the young Melville worked as a bank clerk and a schoolteacher before signing on a packet ship bound for Liverpool in 1839 to try his fortune as a sailor. In 1841 Melville sailed on the whaling ship Acushnet bound for the South Pacific; the following year, the Acushnet anchored in the Marquesas islands, where Melville deserted ship. He made his way to Tahiti and then to Hawaii, finding employment with an English merchant. Melville returned to the United States in 1844 as an ordinary seaman aboard the United States, landing in Boston, where he was honorably discharged.

In 1850 Melville moved with his wife and family to a farm inPittsfield, Massachusetts. Unable to earn a living from the farm, Melville was forced to borrow money from relatives; he also received some income from stories and sketches published in popular magazines. These pieces, including the now acclaimed "Bartleby, the Scrivener," were later collected in the Piazza Tales (1856).

After 1850, however, Melville's literary success faded: Moby-Dick was both a critical and commercial failure; the complexity of this and Melville's next work, Pierre (1852), could not rekindle the interest readers had in his early adventure stories. The final novel Melville published before abandoning prose altogether was The Confidence Man: His Masquerade (1857), a satirical and allegorical tale which baffled reviewers condemned at its appearance as "misanthropical," but which is now considered to be among Melville's best works. Thereafter, Melville turned to poetry; his Battle Pieces (1866), Clarel (1876), and John Marr and Other Sailors (1888) were published in small, privately subsidized editions.

In 1863 Melville sold his farm and moved back to New York City, where, to support his family, he became a customs inspector, a position he held from 1866 to 1885, when some unexpected legacies made it possible for him to retire.

Herman Melville died, all but forgotten, in New York City on September 28, 1891. The manuscript of Billy Budd, now Melville's best known work after Moby-Dick, was found in his desk after his death; it remained unpublished, however, until 1924. 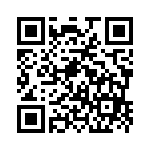