Trang 18
The unemployment figure for March , published on 19 April , showed that 814,189 people were out of work , an increase of about 200,000 since the end of 1970 , and , though it then fell slightly , the figures published on 23 July showed ...
Trang 453
A White Paper was published setting out the Government's proposal to build a new library opposite the British Museum which would incorporate the present British Museum library , the National Central Library , the National Lending ...
Trang 454
In France , Jean - Paul Sartre brought out the first , enormous part of his far larger projected work on Flaubert . A posthumous novel by his former political opponent Albert Camus , La Mort heureuse , was also published . 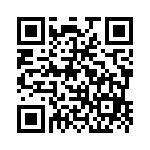