Trang 9
On February 6 the Chancellor of the Exchequer came to the House of Commons with a request for further financial assistance , the credit for 1,000,000,000l . which he had received in October being already nearly exhausted .
Trang 218
In order to counter - balance to some extent the decline in the imports of corn , feeding - stuffs , potatoes , and vegetables , the planned extension of agriculture ( the Wahlen Plan ) was further developed . For the spring of 1941 an ...
Trang 364
A further 5,000,000l . came from the conversion of an Australian loan , and from another loan of 13,750,000l . repaid by the London County Council . Operations of this kind increased the demand for alternative investments , with the ... 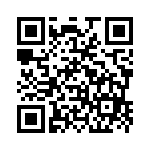