Trang 160
Foreign judges would be invited to participate at each level of the court , but would hold the minority of positions . Provision was made for the possibility of a foreign coprosecutor , who would issue indictments jointly with the ...
Trang 162
The key issues that required compromise included the following : 1 ) The UN insistence on a majority of international judges and Cambodia's refusal to submit led to deadlock . Both sides had rational grounds for holding to their ...
Trang 248
There is no question that the Cambodian judges and other legal personnel will need considerable upgrading to be able to handle the complexities of such trials in an exemplary manner under the spotlight of international media and legal ...

Tom Fawthrop is a British journalist who has covered South East Asia, including Cambodia, for major newspapers and journals since 1979. His reports have appeared in the Economist,the Guardian, the London Sunday Times and he has contributed to BBC radio and TV. He produced and directed the TV documentary 'Dreams & Nightmares' shown on Channel 4 in 1989.

Helen Jarvis has been an adviser to the Cambodian government's Task Force on the Khmer Rouge trials since 1999. She was previously Documentation Consultant for Yale University's Cambodian Genocide Program. 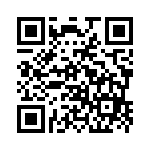