Anne Crawford was formerly an Assistant Keeper at the Public Record Office and is now archivist to Wells Cathedral. She is the editor of Letters of the Queens of England, 1100-1547 (1994) and Letters of Medieval Women (2002). 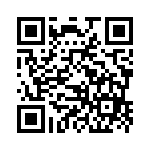