Trang 401
Giuseppe Motta , five times president of the Swiss Federation , was born on December 29 , 1871 , at Airolo , in the Canton Ticino , where his father was postmaster , and was educated partly in Italy and partly in French - speaking and ...
Trang 407
Eugene Arnold Dolmetsch , famous for his revival of old musical instruments and their music , was born in France of Swiss parentage in 1858 , his father being a piano - maker in whose factory Arnold learned the trade .
Trang 447
Dr. Caleb Williams Saleeby , a pioneer in eugenics , was born on May 3 , 1878 , son of E. G. Saleeby , founder and head of the Mount Lebanon Schools , and maternal grandson of Caleb Williams , the alienist . He was educated at the Royal ... 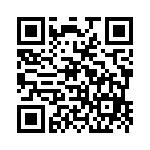