Trang
War on Terrorism: The Spanish Experience, 1939–2006 Jose ́ A. Olmeda 161 Notes 179 Bibliography 201 Index 213 About the Contributors 221 Foreword In no other country is the historical importance of.
Trang
In no other country is the historical importance of the military greater than in the case of Spain, for it is the only Western country founded by eight centuries of intermittent but continuing warfare against another civilization.
Trang
The contemporary period is characterized by the incredibly shrinking Spanish military, which receive even less attention than in most other European countries, so that at the time this is written the government would be hard-pressed to ...
Trang 1
In Spanish history, the guerrilla fighter attained near mythical status in harassing and tying down thousands of Napoleon's soldiers in a vicious war, particularly in the northern half of the country. Jensen continues his essay ...
Trang 2
It would be in the mountainous regions of Navarre and the Basque Country that the Carlists would have their strongest base of support. The use of irregular warfare by the Carlists would prove difficult and costly for the liberal army to ...
Tiếp » 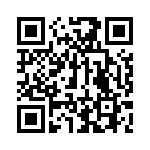