Interesting, covers several past and present large Volcanoes...and makes one wonder What another Tambor or such might do to a world like ours.. Đọc toŕn bộ bŕi đánh giá

Jelle Zeilinga de Boer is the Harold T. Stearns Professor of Earth Science at Wesleyan University. His publications include work on the geodynamic evolution of the Appalachians, Costa Rica, Greece, Panama, and the Philippines. Donald Theodore Sanders has worked as a petroleum geologist, a science editor for encyclopedias, and an editor of corporate scientific publications. Before retiring from IBM, he created and edited that company's award-winning academic magazine Perspectives in Computing. Zeilinga de Boer and Sanders are also the coauthors of Earthquakes in Human History (Princeton). 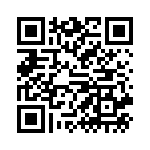