Robert Citino's book is a very good compendium of the art of making war according to the Prussian-Germans, from the 17th century to the 20th. The common thread that links all the wars of the Prussian ... Đọc toŕn bộ bŕi đánh giá

Robert M. Citino is senior historian, National World War II Museum and author of eight books, including Death of the Wehrmacht: The German Campaigns of 1942; Quest for Decisive Victory: From Stalemate to Blitzkrieg in Europe, 1899–1940; and Blitzkrieg to Desert Storm: The Evolution of Operational Warfare, which won both the Society for Military History's Distinguished Book Award and the American Historical Association’s Paul Birdsall Prize. 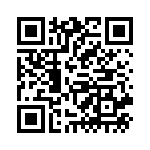