This counting book was really neat. It exposes children to roman numerals, and their correlating standard number. I like Zero as the main character because he shows children that you are special, and you are meant for something. Đọc toąn bộ bąi đįnh giį

At first, Zero believes he is a hero but the counting numbers, one to nine, prove otherwise. Personified numerals with whimsical asides and humorous banter in speech bubbles give readers much to think ... Đọc toąn bộ bąi đįnh giį

Author Joan Holub graduated from college in Texas with a fine arts degree. She illustrated her first published children's book in 1992 and began illustrating full time, shortly thereafter. She sold her first two manuscripts in 1996 and has since become a full time author. She has written and/or illustrated over 130 children's books, including the Goddess Girls and Heroes in Training Series. Her title Mighty Dads, illustrated by James Dean, made the New York Times bestseller list in 2014. 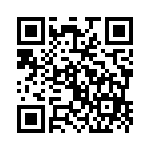