Jonathan Powell is a native of South Wales. With an interest in astronomy and related subjects since the late 1970’s, Jonathan has written for UK national astronomical magazines, and broadcast on the topic at both the regional and national level for BBC Radio, dating back to 1985. Jonathan also took part in a BBC Radio 4 documentary series on meteorites. He has been secretary of his local astronomical society for the past 20 years and is the British Astronomical Association’s "Campaign for Dark Skies" county officer. A former member of the Association for Astronomy Education – which encouraged and promoted astronomy among the young – he also headed up "SpaceQuest," an educational lecture tool, which toured schools with a two hour presentation on astronomy. His publications include three articles in Astronomy Now magazine. He has written a book about castles in South and West Wales, Fortress Wales, and articles on observational astronomy published in astronomical society newsletters. His two published books include Cosmic Debris and Rare Astronomical Sights and Sounds. 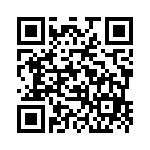