STEPHEN W. RICHEY is a freelance researcher. Born and raised in Rochester, New York, he enlisted in the U.S. Army as a tank crewman in 1977. He graduated from the U.S. Military Academy at West Point in 1984 as a Second Lieutenant of tank troops. He has served out his military career in numerous places around the world, to include Germany, the Persian Gulf War of 1991, humanitarian de-mining operations in Ethiopia, and earning his parachutist's wings at Fort Benning, Georgia. His most recent overseas tour of duty was in Iraq from April 2004 to April 2005. He presently serves as the Commanding Officer of the 141st Military History Detachment of the Washington Army National Guard. 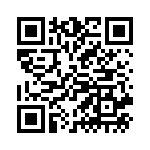