Chün-fang Yü is professor and chair of the Department of Religion at Rutgers, the State University of New Jersey. She is the author of The Renewal of Buddhism in China: Chu-hung and the Late Ming Synthesis (Columbia) and coeditor of Pilgrims and Sacred Sites in China. 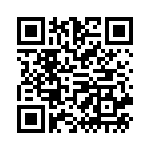