Emilio Aristides de Fez Laso is a freelancer, developer, analyst, tester, and open source author. He is the admin, dev, and forum founder of www.Autoit.es, and works at the support desk under the name BasicOs.Being an MS Basic and xBase programmer in the 80's, he started creating programs with a Casio Pocket Personal Computer (1 KB RAM, PB-100).During the 80's and 90's, he worked on xBase, Access, MS Visual Basic, and other Basic-like programming languages. He has also worked as an xBase developer for government agencies. Later, he created customized apps for real estate agencies, lawyers, and others. He also created apps for fields such as Tourism, Accountancy, and Management.In the last few years, he has worked on operating system migration and support. He also worked at the support desk for several government agencies and created automation and enterprise customized solutions. He has performed interactive programming with Autolt, Robotics, Automation and Interactive web pages, and Client/Server operating systems and interfaces. He has been a contributor to WordPress Duplicator Plugin development.He is also a professional HR and organization psychologist. He has been interested in user iteration, friendly user interface development, social hacking, and anti-malware. He is keen to share knowledge and teach. He works on improving the user experience and human adaptation to computers and also on improving the quality of apps to get better reviews. He is an analyst who works on simplifying apps and on their improvement and testing. He also worked on several government projects, training mentally and physically handicapped people to learn computing since many years. He dreams of creating the right 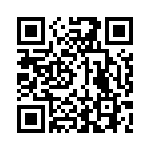