Trang 182
None must be under any illusions about the severity of the terms to be imposed on the German people . ” Speer , the minister of armaments , followed the next day , posing as a kind of minister of reconstruction .
Trang 201
Stiff German resistance rendered the advance in the Slovak hill country rather difficult , and Zvolen and Banská Bystrica , in the Lower Tatra mountains , fell only in the second half of March . On April 4 Bratislava , the capital of ...
Trang 381
Germany , and all German military , naval , and all authorities , and all forces under German control , shall immediately cease hostilities in all theatres of war against the forces of the United Nations on land , at sea , and in the ... 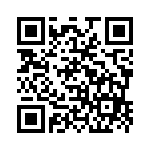