Trang 6
And so there was no more about it , until a few days ago , when a young man found , nearly in the same place , several thousands of the same kind of creatures , and nearly of the same size and colour , marching along a - road , but no ...
Trang 42
mies to each other ; though differing greatly in size and colour , they are nearly allied to each other in form and disposition , being all fierce , rapacious , nd artf ul . No quadruped can be more beautiful than this ani . mal ...
Trang 241
It is , in the first place , very evident , that the word my , is equivalent , in power , to what has been usually called the genitive case of our English noun , being in , signification very nearly equivalent to the phrase of me . 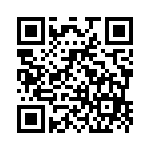