Trang 12
Mr. Chifwell has left a wife and an only daughter , now the widow of the late Sir Francis Vincent , Eart . a few years fince ambaffador at Venice , by whom she had one fon , now Sir Richard Vincent Bart . an accomplished youth , about ...
Trang 61
The Honourable Colonel Robert Fulke Greville , younger brother of the Earl of Warwick , M. P. for New Windfor , and equerry to his Majefty , to Louifa , Countess of Mansfield , relict of the late David , second Earl of Mansfield . 18.
Trang 67
The Honourable James Hay , third fon of the late Earl of Errol . Parker , one of his Majefty's chaplains in ordinary , and rector of St. James , Weltminfter , who has no iffue . Aged feventy - eight , the Reverend Charles Bulkley ... 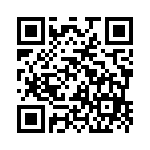