Patrick S. Washburn is a professor of journalism at Ohio University and the author of A Question of Sedition: The Federal Government's Investigation of the Black Press during World War II (Oxford, 1986) and the co-author of The Greenwood Library of American War Reportings, Vol. 5: World War I & World War II, The European Theater (Greenwood, 2005). 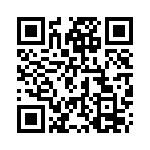