Trang 445
Sir Henry Norman , who took a leading part in the development of wireless telegraphy , was born at Leicester on September 19 , 1858 , and educated privately in France , and at Harvard University . Soon after graduating , his first ...
Trang 447
... at the age of eight , and although the choir took up much of his time , he won a Classical Scholarship at Queen's College , where he was senior Scholar and Taberdar , and where he took seconds in Classical Moderations and Lit. Hum .
Trang 458
S. In 1911 , when Mr. ( afterwards Sir ) Douglas Mawson , who had been with Shackleton , set out on his Australasian Antarctic Expedition he took Wild as leader of the Western Party which wintered on the edge of the Antarctic Continent ... 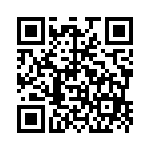