Trang 5
When he felt an emotion that he thought would give pleasure to others , he frankly communicated it , without disguise . When he felt no emotions of that sort , he thought not of conversing , and naturally bestowed attention to what fell ...
Trang 61
These " friends of the people , " when they thought they were likely to have power , drove on at a furious rate , and thought every thing was going swimmingly on with them ; but mark how soon this mad career has been stopped .
Trang 187
In love with her before marriage , still more in love after possession , I never thought I could do enough for her ; and , compared with my passion , her timid tenderness , her sensibility , which was governed by modesty , seemed like ... 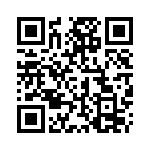