This work's highly credentialed editors and contributors were able to draw on the vast and rich Civil War resources of the Library of Congress, which include unpublished letters from soldiers and ... Đọc toŕn bộ bŕi đánh giá 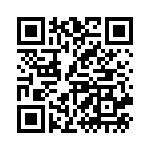