Trang 8
On the evening of 28 February Mr Wilson finally ended the speculation about the general election : Parliament was to be dissolved in March , with polling on 31 March . Thus ended almost 18 months of the fifth Labour Government ...
Trang 255
The leaders of the coalition parties emphasized that the CDU - SPD alliance had been formed to deal with legislation such as this , and it was not intended that the coalition should last beyond the federal election of 1969 .
Trang 560
... 387, 548; student disorders, 78; Tashkent Declaration, reaction to, 75, 538; UN Security Council, election to, 79. ... report to UNCTAD, 177 International Commission of Jurists, 306, 335 International Court of Justice, elections to, ... 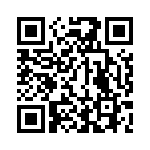