Trang 121
He was educated at Rugby and St. John's College , Cambridge , and quite early in his career was attracted to the study of embryology , particularly to that of evolution and its methods . He travelled first to America to investigate the ...
Trang 136
Dr. Henry Stebbing , F.R.S. , a London clergyman , he was educated at Westminster School , King's College , London , and Lincoln and Worcester Colleges , Oxford , through successive scholarships . He obtained three first classes at ...
Trang 137
made Assistant - Professor of Pathology at the Army Medical School , Netley , and in 1903 Professor of Pathology in the R.A.M.C. College at Millbank , London . He held this post for ten years . He was knighted in 1909. 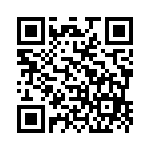