There has been a remarkable resurgence of interest in Chandler in recent years. He is now included in the prestigious Library of America series (Classic Returns, LJ 9/15/95), and the first major ... Đọc toýn bộ býi đ·nh gi·

Raymond Chandler was born in Chicago, Illinois on July 23, 1888. Before becoming a professional writer in 1933, he worked as a reporter, an accountant, bookkeeper, and auditor. He wrote several novels featuring private detective Philip Marlowe including The Big Sleep, The High Window, The Lady in the Lake, The Little Sister, and The Long Goodbye. In addition to novels and short stories, he wrote screenplays. He won two academy awards, for Double Indemnity (1944) and The Blue Dahlia (1946). He died on March 26, 1959. 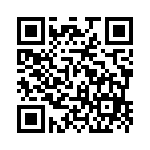