Trang
Chapter 1 is a development and reworking of themes originally published as “Christian Utopias and Christian ... Chapter 7 is based on material that appeared as “Charisma and the Transformation of Grace in the Early Modern Era,” Social ...
Trang
... concentrating on their institutionalization in the early Church and their transformation in the Protestant Reformation of the sixteenth ... All are analyzed as critical in the reorientation of Christian salvational doctrines.
Trang
Early. As we have seen, the specific nature of charisma within Western Christendom stood in direct relation to the “Axial” nature of Christian civilization. That is to say, the locus of charisma and the sacred within society became ...
Trang
... collective salvation”) were an integral component of Christian belief.9 Among the different groups that constituted the early Christian communities, millenarian doctrines and orientations emerged with various degrees of saliency, ...
Trang
institutionalized charisma that had characterized Western Christendom and an attempt, similar to that of the early Christians to construct a new moral order for the organization of social life.13 Symbolically, the original Christian ...
Tiếp » 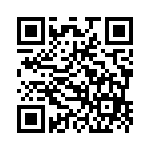