Angela Kelly was her Majesty's dresser for twenty-five years. As she points out, she didn't dress the Queen, the Queen could dress herself! Instead Kelly managed the Queen's wardrobe, selected or ... Đọc toàn bộ bài đánh giá

I have to admit I was a bit disappointed by this book. It sounded as if it was an in depth story of the relationship between the Queen and her dresser (assistant) but that's not what came across ... Đọc toàn bộ bài đánh giá

Angela Kelly lvo is Personal Advisor, Curator and Senior Dresser to Her Majesty The Queen (The Queen's Jewellery, Insignias and Wardrobe), as well as In-house Designer. Angela started working in the Royal Household in 1994 as an Assistant Dresser and shares with you her unique perspective on her working life with Her Majesty The Queen.Angela is also the author of the successful book Dressing The Queen, which celebrated The Queen's Diamond Jubilee. 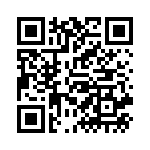