Trang 78
Most assumptions stem from ignorance , or a lack of knowledge , whereas an ontology , for example , is much more fundamental . Presuppositions , of course , are of two main variants , where one is almost synonymous with assumptions and ...
Trang 101
... Western states tend to ignore ( or even consciously hide ) the religious ontology , or ' root paradigm ' of their policies , due to the legacy of Westphalia , whereas ' non - Western ' states often pursue overtly religious foreign ...
Trang 141
fourth ontology , that of Hyperspace , with its infinite number of universes . In each era , everyone – with negligible exceptions - not only believed that they knew , but they actually did know the truth . 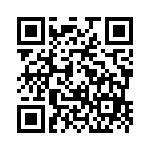