Julius H. Bailey is the author of Around the Family Altar: Domesticity in the African Methodist Episcopal Church, 1865–1900. He is an associate professor in the Religious Studies Department at the University of Redlands in Redlands, California. 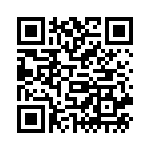