John F. Schaeffer has a Ph.D. in physics and was a manager in the Low Observables Engineering Program for the Lockheed-Georgia Possum Works. He was a research scientist at the Georgia Tech Research Institute; where this book was originally developed along with the first RCS short course, and was a cofounder of Marietta Scientific, Inc. It was in this capacity where he developed Method of Moment codes for scattering, electromagnetic visualization software, and the theory for the bistatic k-space image technique.

Michael T. Tulley earned his MS in Electrical Engineering from the Georgia Institute of Technology in 1972. He spend 26 years at Georgia Tech conducting research in RCS, RCSR and radar system performance. In 1998, he joined the Institute for Defense Agencies and the Joint Commands. In 1997, he was elected a Fellow of the IEEE for his contributions to cross section technology. 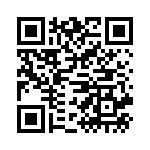