I used this book to refresh my understanding of physics in general. I'm not sure how effective it would be at teaching you the subject from scratch, but it is an decent resource if you forgot a few things Đọc toąn bộ bąi đįnh giį

This Physics workbook was not a good purchase. At first, it seems pretty helpful- but only for insanely basic concepts. Sometimes it actually confused me more than it helped me. The examples are very ... Đọc toąn bộ bąi đįnh giį

Steven Holzner is an award-winning author of 94 books that have sold over two million copies and been translated into 18 languages. He served on the Physics faculty at Cornell University for more than a decade, teaching both Physics 101 and Physics 102. Dr. Holzner received his Ph.D. in physics from Cornell and performed his undergrad work at MIT, where he has also served as a faculty member. 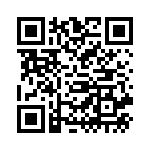