Get this book in print

What people are saying - Write a review

We haven't found any reviews in the usual places.

Other editions - View all

Reid Hoffman is a partner at the leading VC firm Greylock Partners and an early investor in Facebook, Flickr, and Zynga. He co-founded LinkedIn in 2003; it now has more than 200 million members globally, and was acquired by Microsoft for $26 billion, the biggest acquisition in the tech giant's history. He serves on the boards of Airbnb, Convoy, Edmodo, and Microsoft and leads the Greylock Discovery Fund, which invests in seed-stage entrepreneurs and companies. He was previously a founding member and executive vice president at PayPal. A strong believer in the ability of entrepreneurship and technology to improve the world, he sits on the boards of Biohub, Kiva, Endeavor, and DoSomething.org. He earned his master's degree in philosophy from Oxford University as a Marshall Scholar, and his bachelor's degree from Stanford University.

Chris Yeh is an entrepreneur, writer, and mentor. He earned two Bachelor's degrees with distinction from Stanford University and an MBA from Harvard Business School, where he was a Baker Scholar. He is the VP of Marketing at PBworks and general partner at Wasabi Ventures. 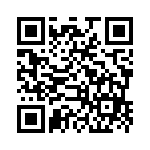