This impressive tome includes fascinating contributions on the mechanization of mathematics, the (im)possibility of super-Turing computability, Kurzweil's singularity-is-near ideas, and much else. Đọc toŕn bộ bŕi đánh giá

Christof Teuscher holds an electronic engineer degree and received the diploma degree in computer engineering (equivalent to a MSCS degree) from the Swiss Federal Institute of Technology at Lausanne (EPFL) in 2000. Since then, he has been a research and teaching assistant in the Logic Systems Laboratory at EPFL, pursuing the Ph.D. degree in the field of biologically-inspired computing machines.

Christof Teuscher's work has been honored with several awards. His first book has been published by Springer-Verlag in 2001: Turing's Connectionism: An Investigation of Neural Network Architectures. He was head of the BioWall project that was widely covered by the media. Christof's second book - Alan Turing: Life and Legacy of a Great Thinker - will be published in 2003. Christof has also been nominated for a fellowship at the Center for Advanced Study in the Behavioral Sciences at Stanford University. 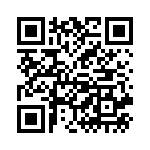