Kwok-sing Li is a renowned columnist, editor, and analyst in Hong Kong. He has been writing reports on China for more than twenty years. His articles appear in major Hong Kong newspapers and journals. He is the author of Supreme Leadership in the PRC, The Party, Government, and Military Organizations of the PRC, China's Principal Problems, and The Scar of China.Mary Lok currently resides in Brazil. She became interested in Chinese politics and began to translate articles from Chinese newspapers and journals while she was living in China. 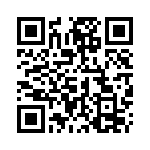